Out of the box the laptop is sleek and clean; equally as suited to the boardroom as it is to the hackerspace. It is hard to understate how thin and light this laptop is. It is on par with the MacBook Air in portability, but also significantly more powerful, customizable, and with a much larger selection of ports. 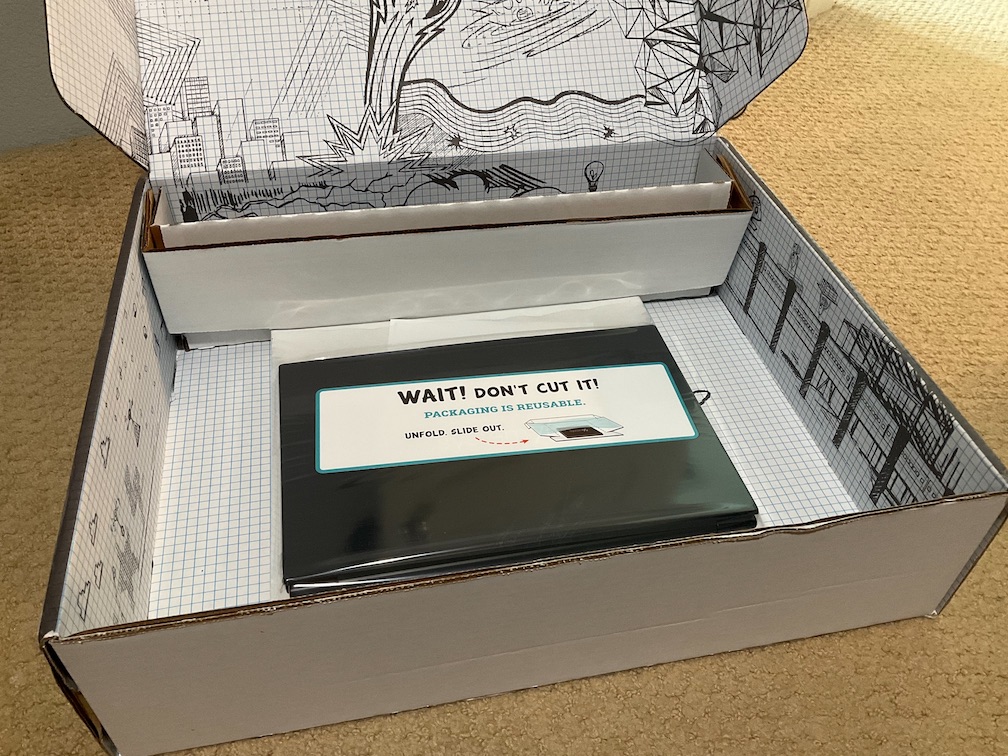 I’m a big fan of the overall design. The professional black anodized magnesium-alloy body is cool to the touch. There’s no superfluous badging or stickers to peel off. The normally hard edges are nicely rounded off. The LCD stretches nicely to the slim bezels and is superbly bright and sharp for a Full HD (1920x1080) panel. 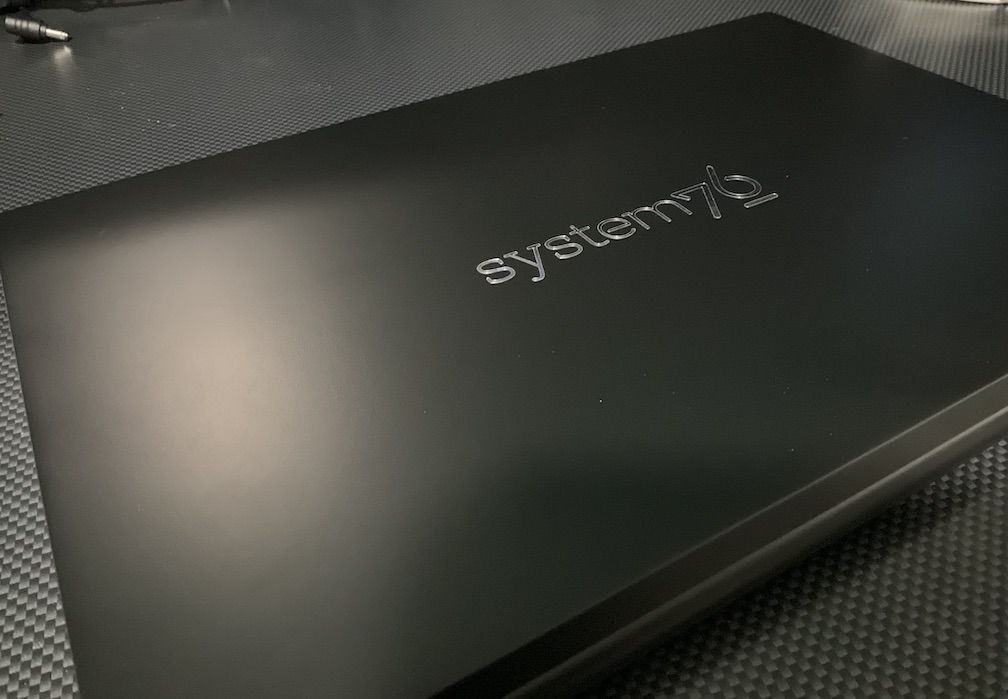 I bought the $1,149 base model, so I opened the laptop up before I even turned it on to add a faster Gen4 NVMe SSD and an extra 16GB DDR4 SDRAM. There was a nice surprise in there, too. The 240GB Western Digital Green SSD that ships with the base model had been upgraded to the faster 250GB Samsung Evo 970 SSD, which is normally an extra cost of $39. Maybe it was a mistake, or maybe System76 was just out of the Western Digital drive. Either way it was a nice surprise.

This machine is most comparable to the Acer Swift 5 in design and build quality, but the Lemur Pro has one leg-up on the Swift, and that is upgrade-ability. There is plenty inside that is user-replaceable. Two slots for M.2 NVMe drives, a single SDRAM slot, socketed wifi, fan/cooling assembly, and of course the battery.

System76 even makes it easy to get into the laptop. Just remove 12 screws from the back and pull off the cover. You do not have to remove any rubber feet, and there are no plastic clips or unusual cables to disconnect before you can get it open.

The build quality is quite good for a laptop that is designed to be opened and repaired by the end user. It doesn’t compare to a MacBook or HP Spectre, but it is sturdy enough to be carried daily in a backpack or briefcase.

The power button on the side of the machine feels flimsy and does not give any tactile feedback when pressed. When you push it, you have to look to see if it worked or not. Because of the placement on the outside of the machine, however, you can access it even when the lid is closed. This is great if you frequently dock your laptop or connect it to an external monitor.

There’s plenty of I/O on board, including Thunderbolt 4 and a full-size HDMI port. You also get two USB 3.1 ports, a micro SD card reader, and a TRS headphone jack. There’s no ethernet port so this may not be the ultraportable for a network admin.

I’m actually a bit surprised by the quality of the display. It is a Full HD matte panel rather than a 2k or 4k, but it looks really good. 1080p is plenty for a 14’’ screen. The colors are brilliant and the viewing angles provide an extremely pleasant user experience.

There’s no touch capability here but it is not needed. Perhaps in the future distros will find a reason to make the jump, but for now Linux desktop environments generally a remain touch-free.

It’s a good keyboard, but the keys seem to be slightly small. I don’t know if this an illusion of the design or if they are actually a bit small, but the ample space between keys ensures this does not effect typing. I was able to touch type right out of the box with no problem. Usually I need a few days to get used to a new keyboard. 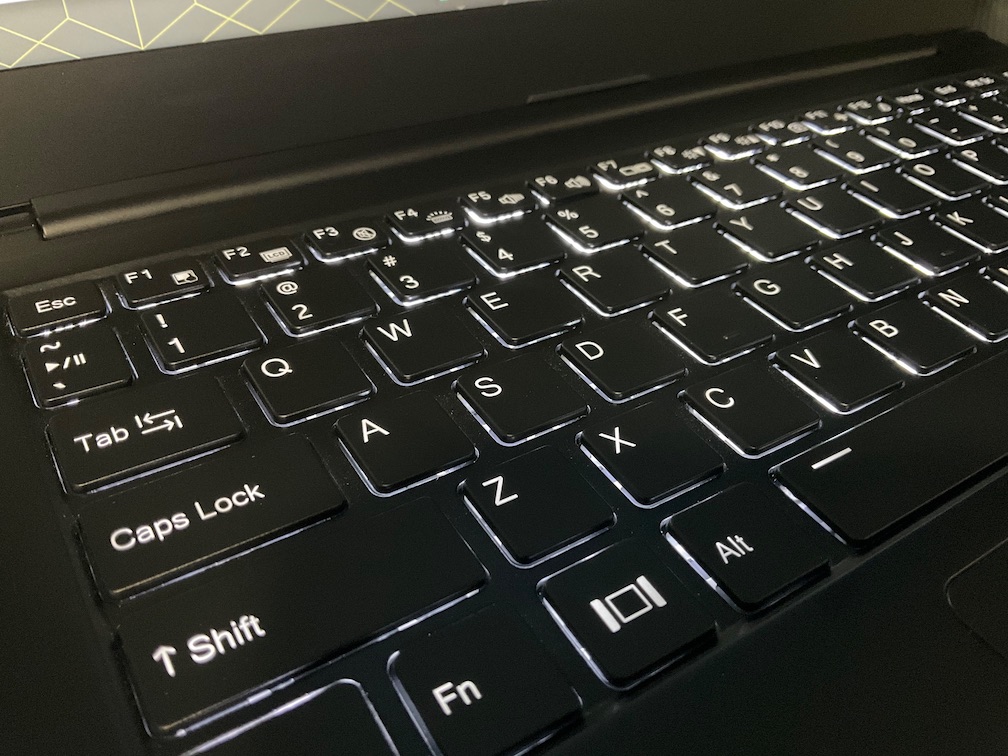 The keys are snappy with good travel. The stabilizers are solid without being stiff, so the keys have a good throw without being mushy. There are five levels of brightness for the backlight, allowing plenty of range without being distracting in a dark room, yet still being bright and functional in a well-lit room.

The touchpad feels nice and smooth despite being plastic. The push-to-click feels quite solid and tactile, unlike the mushy power button. And accuracy is spot-on. I quite like it. It also supports a full range of multiple input gestures for aps that take advantage of it.

The only thing to say about the battery life is that it is insanely great. I’ve been getting well over 10 hours with my usual workload of browsing, research and developing with VS Code. That’s probably because the Lemur Pro has a whopping 73wh battery, practically unheard of in an ultraportable.

The Lemur Pro is dead silent most of the time. It will spin up briefly during system updates and compiling code, but that is about it. It’s not a machine that is going to annoy you with fan noise.

The airway intake and exhaust vents are entirely on the back of the machine. I prefer this to machines with air intake on the bottom as they tend to breath easier. 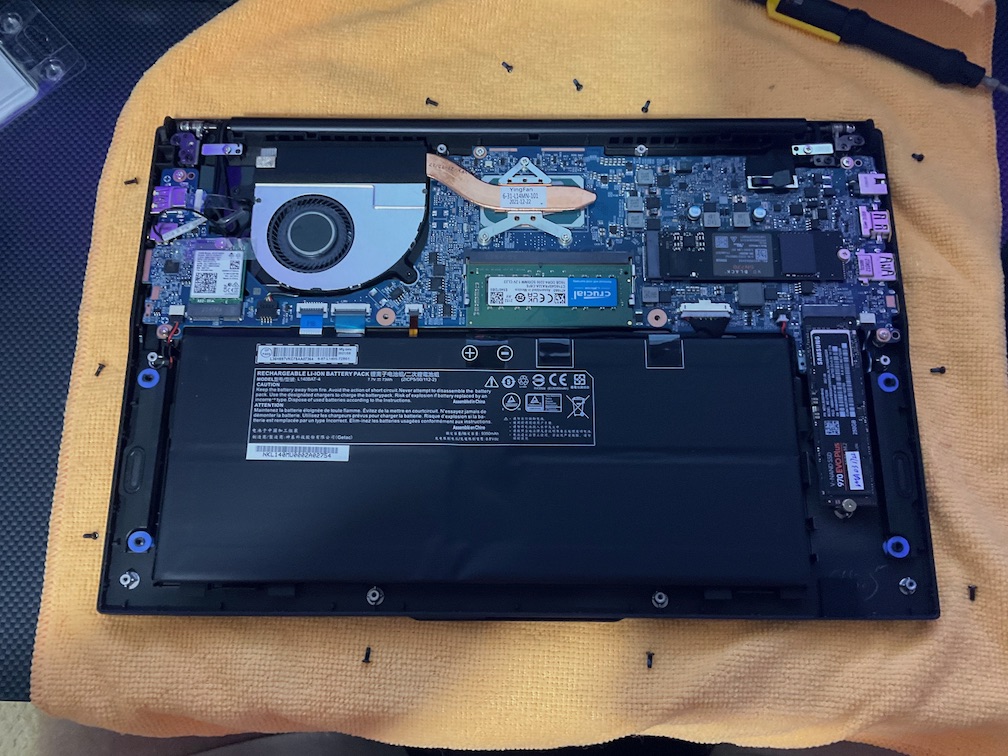 I really like this computer and the premium portability it provides. I know it’s “just a rebranded Clevo”, but it is backed by an American company with first-class Linux treatment. System76 has proven that running a Linux desktop doesn’t have to be complicated.

What are some of the cons of this laptop?

There are only two things that I would consider cons. The power adapter is comically short at about five feet total, but on the flip side it is very compact and therefore easier to travel with. Also, the speakers are terrible. They’re about what you would expect on a $200 Black Friday special laptop. They work, but they are not useful for anything and would probably be better off not having them at all. This is surprising, actually, because the microphone is pretty good.